General Assembly of Adelat: Horacio Nadra was elected as secretary

On Wednesday, September 22, the first General Assembly of Adelat was held, the main objective of which was to develop the voting of those responsible for the main positions of the Association. On this occasion, the president of Adeera was selected to hold the position of secretary.

The rest of the board of directors was made up as follows: Ramón Castañeda Ponce from Enel Chile as president, Joao Brito Martins from EDP São Paulo as vice president, Walter Sciutto Brattoli from Electrodunas as treasurer and Fabiano Carvalho from Neoenergía as member.

The main reason for creating the Association of Latin American Electricity Distributors is to encourage collaboration between specialists from different countries, in order to promote tools that allow the market demands to be resolved in the best way. 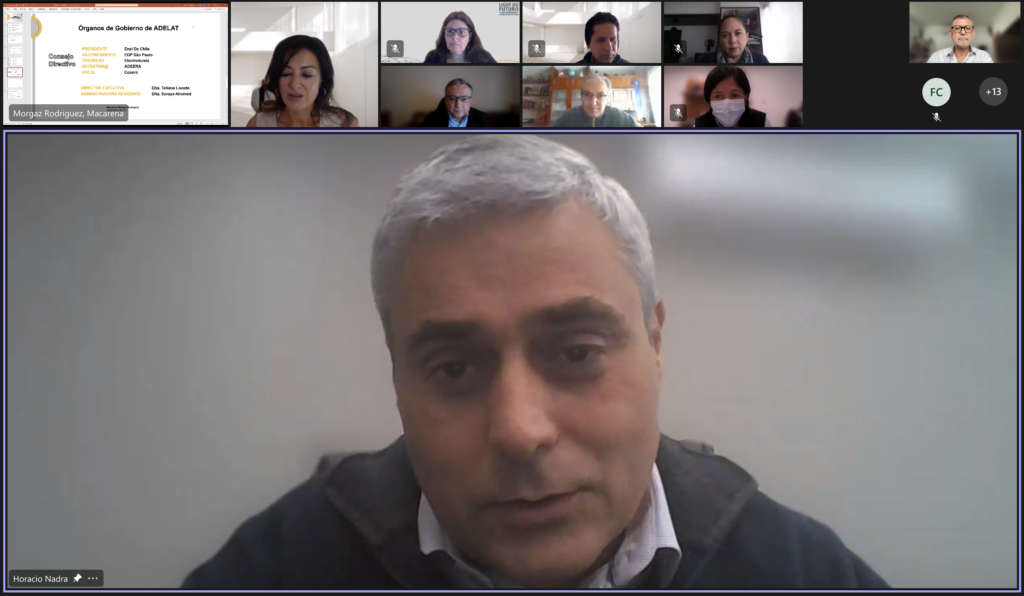